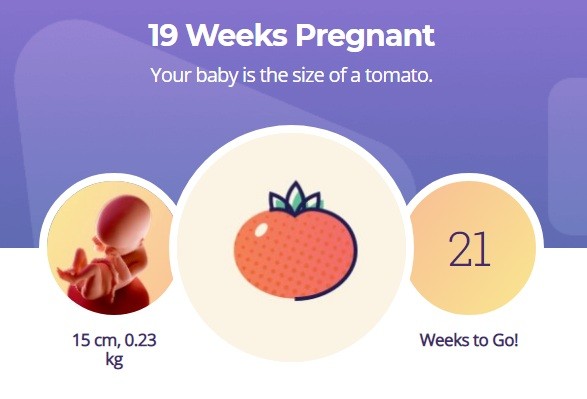 19 week of pregnancy is a crucial period in the life of a small person. At this time, the fetus’s reflex activity becomes more complex, connections between brain areas develop, the most important structures of the nervous system are differentiated. The baby is actively moving in the womb, and most women are already able to feel the first movements of the fetus. What is more significant 19 obstetric week of pregnancy? 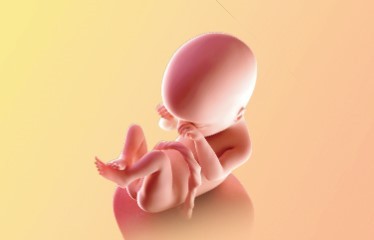 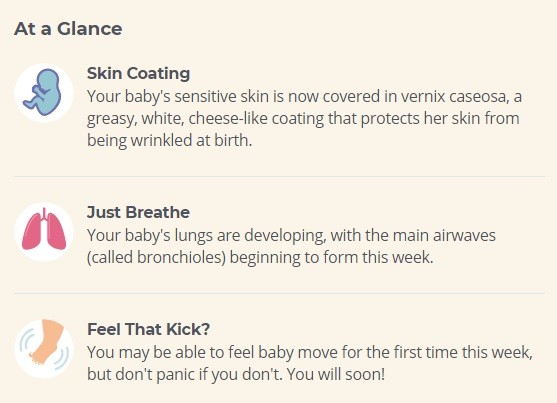 At week 19, the growth of the baby is 19-20 cm, and the weight is at around 200-250 g. During this period, the maximum changes are noted in the central nervous system of the fetus. In the middle of the second trimester, differentiation of the main parts of the brain occurs, due to which the baby’s movements become more and more conscious. Improved communication between the brain and spinal cord, internal organs and endocrine glands.

Fetal development does not stop for a minute. Every day, the baby learns more and more complex skills. Now the little man can not only move freely in the amniotic fluid, but also roll over, bend arms and legs at the joints, turn his head and his whole body. The baby deftly controls his fingers, from time to time clutching at the umbilical cord. Fetal movements become strong enough for the expectant mother to feel them through the anterior abdominal wall.

The internal organs of the fetus are already formed, and are now actively involved in the life support of the body. Heart knocking, pumping blood at a rate of 140-160 beats per minute. The liver, gallbladder and pancreas work tirelessly. In the lumen of the intestine accumulates meconium – the original feces, consisting of areas of destroyed epithelium. All the work of the internal organs is under the control of the autonomic centers of the brain, pituitary and hypothalamus.

The total weight gain at obstetric week 19 is 4-5 kg. Weight fluctuations on this term are very variable and depend on several parameters:

On average, a pregnant woman adds 300-500 g per week. Too slow weight gain in the middle of pregnancy indicates a delay in fetal development. Rapid weight gain is also not very favorable for the future mother. The increase in body weight more than 500 g per week may indicate the presence of hidden edema.

The bottom of the uterus remains somewhat below the navel. The growing tummy is not too noticeable under the spacious clothing, and only the most attentive observer will be able to notice the changes. At this time, you should already review your wardrobe and go to comfortable clothes of free cut.

At the 19th week of pregnancy, most women feel the first movements of the fetus. Even inexperienced future mothers can feel how small feet are being kicked from the inside. The first movements of the baby can be barely noticeable, and at first it can be quite difficult to distinguish them. Best of all, fetal movement on this period is felt in the position of lying on its back or on its side, in the evening and at night.

The absence of fetal movements for a period of 19 weeks is not a reason for panic. It also happens that the first movements of the baby are felt much later, at a period of 20-22 weeks. To distinguish fetal movements is more difficult with excess weight, as well as at the location of the placenta on the front wall of the uterus. You just need to have patience and wait – in a short time the baby will definitely let you feel tangible kicks