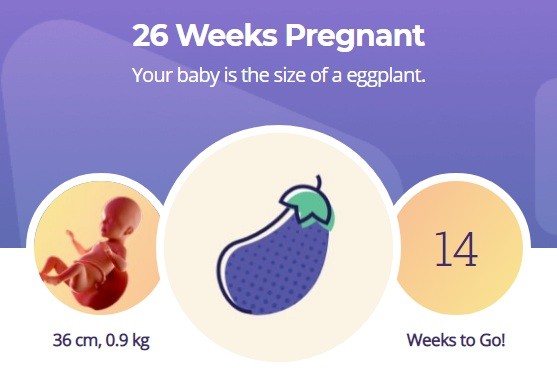 At 26 weeks of gestation, the baby continues to gain weight and growth quickly. In the body of a woman there are regular changes aimed at creating favorable conditions for the further development of the fetus. What else is significant beginning of the third trimester of pregnancy? 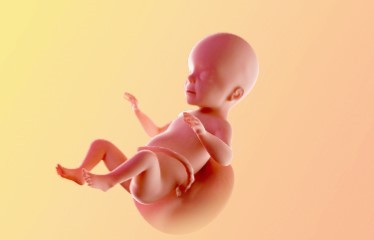 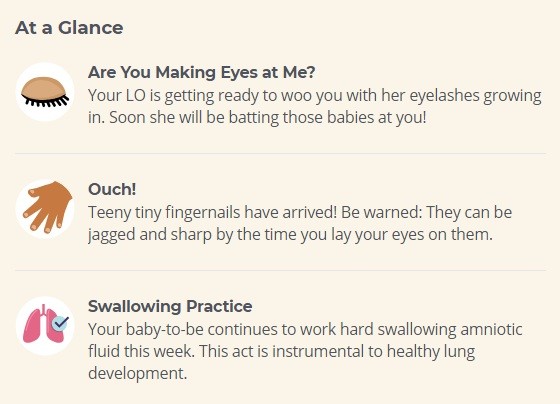 At the end of the second trimester, the baby’s own growth hormone began to be synthesized in the baby’s body. Now the little man is rapidly gaining weight and height, programmed by nature. The weight of the fetus is 700-800 g, body length – 32-33 cm. The thickness of the placenta should not exceed 27 mm.

The formation and strengthening of the bones, muscles and ligaments of the fetus continues at the 26th week of pregnancy. Baby movements become strong and accurate. At the same time, the rudiments of permanent (molar) teeth are formed in the soft tissues of the jaws. The laying of milk teeth occurred in the middle of the first trimester of pregnancy. Thus, in the third trimester, the jaws of the fetus contain the rudiments of both the dairy and molar teeth simultaneously.

The development of the nervous system of the fetus does not stop for a second. The kid learns to control his body and to realize his position in space. Swallowing the amniotic fluid, the child tries to distinguish shades of taste. The kid hears well, and low voices are perceived better than high ones. Quiet conversations and quiet music reassure him, while the noise and harsh sounds scare. The most desirable sound for the baby is the heartbeat of the mother.

At week 26, in the male fetus, the testicles begin to descend gradually into the scrotum. In some boys, the testicles remain in the abdominal cavity until birth and even longer. The genitals of girls are fully formed and are located in the pelvic cavity.

The total weight gain at obstetric week 26 is 6-6.5 kg. Rapid weight gain can be associated with the rapid growth of the fetus, and with the accumulation of fluid in the tissues. With the appearance of edema on the ankles and shins should see a doctor.

The outlines of the figure clearly indicate that the woman is pregnant, the tummy noticeably comes forward. The uterus is 2 cm above the navel. Every week, the bottom of the uterus is increasingly pushing the internal organs up, including the stomach, intestines and liver. Against this background, there is heartburn, there is a taste of bitterness in the mouth and belching. Perhaps the development of constipation with any errors in nutrition.

Discharge from the genital tract in the beginning of the third trimester should not bother a woman. They still remain plentiful, light, transparent or milky, without itching and other unpleasant sensations. Changes in the color of secretions, the appearance of impurities of pus or blood should alert the future mother. In this case, it is necessary to inform the doctor about all suspicious symptoms as soon as possible.

The movements of the fetus from each week are becoming more palpable. The kid can actively kick at any time of the day. The movements of the small legs are especially painful in the right hypochondrium and near the stomach. On average, a woman feels up to 6 fetal movements during each hour. It should not be forgotten that the baby can sleep while the mother is awake. Therefore, a temporary lull (up to 6 hours in a row) is considered normal.

Active baby coups can provoke a short-term increase in the tone of the uterus. When this condition appears unpleasant pulling pain in the lower abdomen. After a few seconds, the tone of the uterus is normalized. If this phenomenon persists for a long time, you should consult a doctor. Increased uterine tone in the third trimester is considered a harbinger of preterm labor.