what happens at 3 weeks of pregnancy

The third obstetric week of pregnancy in most cases coincides with the first week from conception and, as a rule, passes completely unnoticed by a woman. There is still no delay, toxicosis has not begun, and even a blood test for hCG is not yet in all cases able to determine the presence of crumbs. Before the advent of the ultrasound machine, gynecologists counted the duration of pregnancy from the date of the start of the last menstruation – this was the only way to calculate the preliminary date of birth. This method of reference is called obstetric weeks. With the advent of ultrasound, it became possible to determine the actual time from conception, so this counting is also relevant, used by doctors, and it is on this date that the date of birth is determined. 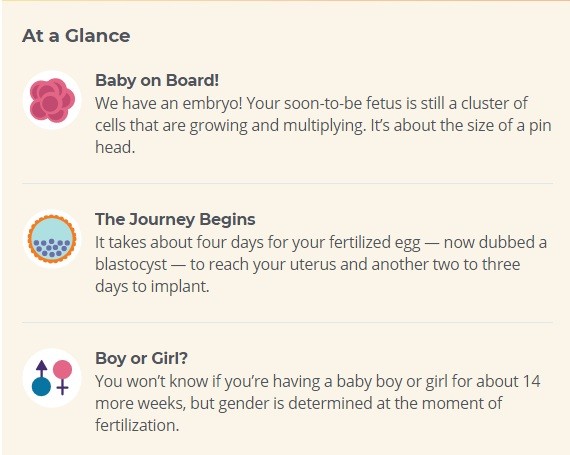 Baby at 3 weeks of pregnancy

Fertilization of the egg occurs in the fallopian tube. It is there that she begins to divide into many cells and gradually move down to the uterus. Of the 250 million sperm cells released by a man during ejaculation, only a few dozen reach the meeting with the female cell. After one of them penetrates under the shell, the chemical composition of the egg changes, and access to other sperm is blocked. If at this moment the mechanism of protecting the egg from other sperm cells fails, the fetus will be defective. He will either die in utero or be born with genetic abnormalities. The subsequent development of the embryo at 1 week from conception can be divided into several stages.

First stage. In the first hours the fertilized egg begins to divide. The cells of which it is now composed are called blastomeres. At first there are two of them, then, each of them is divided into a pair of daughter cells. The process is repeated many times, and the diameter of the blastomere during fission is becoming less and less. On the third day, the embryo consists of 6-8 cells.

Second phase. On the fourth day after fertilization, the fragmentation of the zygote ends with the emergence of a morula. In the process of crushing it, the embryo cells acquire a spherical structure.

The third stage. Continuous cell division leads to the appearance of a multicellular organism – the blastula. It is the final result of the crushing of the ovum and the transitional stage to the beginning of the separation of the embryo into the main parts of the body.

During the first 7 days of pregnancy, neither the embryo nor the ovum can still be seen on the ultrasound machine. During this period, the embryo can reach the uterus and implant into its wall, but the implantation period varies from 3 to 12 days from the moment of conception. The rate of advancement of the ovum to the uterus will depend on the length of the fallopian tube, on its patency, as well as on the functionality of its microvilli, which help the embryo to move in the oviduct.

What to expect at 3 weeks of pregnancy

The first week of pregnancy does not imply any change in well-being. The claims of some women that they felt the signs of toxicosis in the first 2-3 days after conception are nothing more than a myth. At such a short time, the ovum has not yet reached the uterus and continues to move along the fallopian tube, so even the hormonal system of the woman has not yet felt that conception has occurred, let alone the general well-being of the future mother. 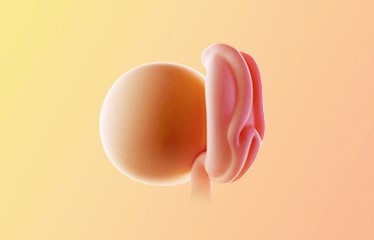 Changes in the state provokes an increase in the concentration of the hormone HCG. This happens immediately after the embryo can attach to one of the walls of the uterus. Even if we take the earliest possible implantation period – the third day from conception, it is only at the end of the sixth day that the concentration of the hCG hormone in the body will increase so much that a woman can feel weak signs of a change in her well-being. But according to the observations of doctors, only a small part of the embryo can reach the uterus within three days after fertilization. Therefore, even the earliest toxicosis, drowsiness or heartburn can be felt only in the second week of pregnancy.