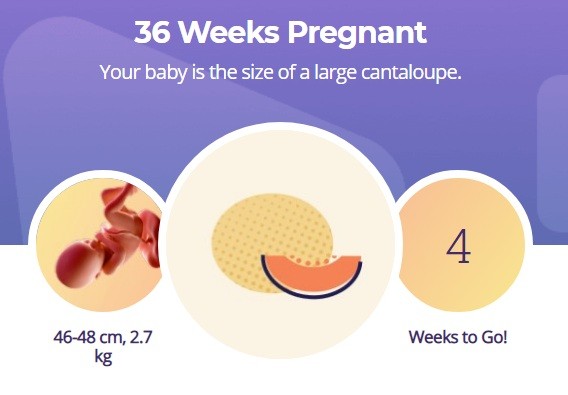 Week 36 is another milestone in fetal life. Pregnancy comes to the finish line, and childbirth can begin at any time. Very little is left until the “X” hour – that long-awaited moment when the baby will give its first cry and inform the whole world about its birth. How is one of the last weeks of pregnancy? 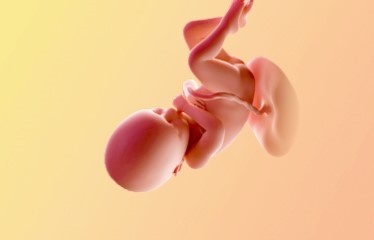 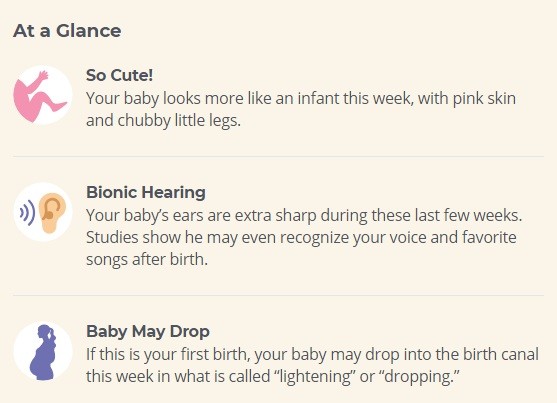 At 36 obstetric weeks, the baby gains weight up to 2500-2800 g. The length of his body is 45-47 cm. The height and weight of the fetus during this period are quite variable and depend on the individual conditions of its development and heredity.

All internal organs of the fetus are formed and work in full force. A sufficient amount of surfactant accumulates in the lungs, thanks to which the baby will be able to breathe on his own immediately after birth. A small (pulmonary) circulation is being prepared for launch. The formation of the alveoli and the branched capillary network, through which oxygen from the lungs will flow into all tissues of the body, is completed.

At the 36th week of pregnancy, active production of cortisol, an important hormone of the fetal adrenal glands, begins. The level of cortisol increases significantly before the baby is born. It is believed that it is the child who determines the date of his birth, and it is rather difficult to influence this process without the use of medications.

In the same period, the gradual advancement of the fetus into the pelvic cavity begins. The baby goes down, pulling the uterus and abdominal muscles behind. The child is in a stable position with the head or buttocks down. Presentation of the fetus will remain unchanged until the birth.

The total weight gain for the remaining gestation period is 8-12 kg. In the future, the expectant mother will gain 300-500 g per week mainly due to the rapid growth of the fetus. On the eve of labor, a slight decrease in body weight is possible due to the release of fluid from the body.

The uterus at week 36 occupies the highest position, located directly under the ribs and resting against the xiphoid process. High standing of the uterus provokes the appearance of severe heartburn, belching, flatulence. The occurrence of prolonged constipation, moderate pain in the umbilical region. Due to compression of the diaphragm, shortness of breath appears at the slightest exertion.

Vaginal discharge remains abundant or moderate, clear, milky or slightly yellowish. The yellow color is due to the gradual discharge of the mucous plug. Until the very birth, the stopper blocks the exit from the uterus, protecting the internal environment from infection. Before the child is born, the mucus plug comes out as a whole piece or is gradually separated in small portions. In the latter case, the expectant mother will feel only a slight increase in natural secretions. There should be no itching, burning sensation or any discomfort.

The movements of the fetus are not felt as well as before. Baby closely in the uterus, and he tries once again not to change his position. The kicks of the small legs remain strong and even painful. In the later stages of fetal movement, heartburn attacks, urge to urinate, and a brief increase in uterine tone provoke.