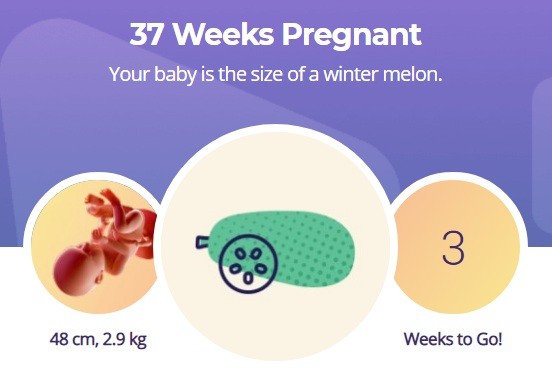 At 37 weeks of pregnancy, the newborn is officially considered full-term. Born in this period, the baby adapts well to life outside the womb. The child is able to independently feed the mother’s milk, breathe and maintain body temperature at the right level. In most modern maternity homes, full-term, healthy newborns are in the same room as their mother since birth. 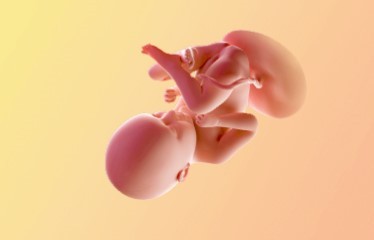 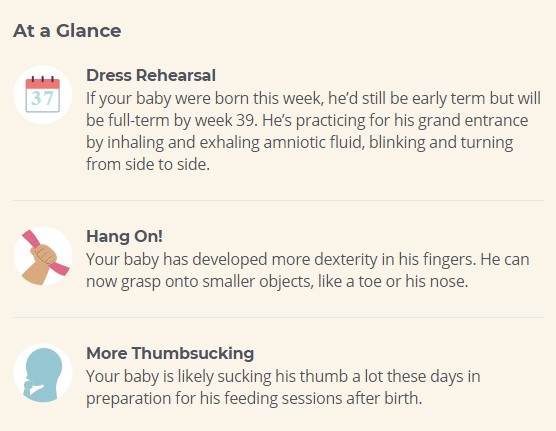 At 37 obstetric week, the baby continues to gain weight and height every day. The length of its body is 48-51 cm, weight is about 3000 g. All internal organs of the fetus are formed and can function in full force. The baby is fully ready to be born.

In the last weeks of pregnancy, the process of ossification continues. In place of thin cartilage appears strong bone. At the same time, the bones of the skull remain mobile, so that the baby can easily pass through the birth canal. At the time of birth, the fetal head changes its configuration. The bones of the skull are shifted, protecting the brain from injury and allowing the baby to be born.

The amount of surfactant accumulates in the lungs of the fetus so that the newborn can take the first breath immediately after birth. Until the very birth, the small (pulmonary) circle remains off from the general circulation. The heart pumps blood only in a large circle at a speed of 120-160 beats per minute. After the baby is born, the small circle of blood circulation starts, the lungs are put into operation, and the supply of atmospheric oxygen to the organs and tissues begins.

At the 37th week of pregnancy, myelination of nerve fibers is completed. The conduction of impulses along neurons is improved, complex connections are established between the brain regions. A newborn baby reacts to strong stimuli – a bright light or a loud sound. Thanks to the innate reflexes, the child quickly finds the mother’s breast and extracts the breast milk necessary for life.

The total weight gain by week 37 is 8-12 kg. In the future, the woman will gain weight not so quickly. The amount of amniotic fluid and the weight of the uterus remain almost unchanged in the later periods, and the increase in body weight is mainly due to the growth of the fetus. A large weight gain (more than 500 g per week) may indicate the development of hidden edema.

At the end of pregnancy, the baby moves to the entrance to the pelvis. The head or buttocks of the fetus are lowered. The uterus is in the middle of the distance between the ribs and the navel. The pressure on the organs of the digestive tract and the diaphragm weakens. Heartburn decreases, shortness of breath disappears, it becomes easier to breathe. At the same time, pressure on the bladder increases, which leads to frequent urination and urinary incontinence.

At the 37th week, the first harbingers of childbirth appear in first-time women:

All these symptoms suggest that the baby will be born within the next 2-4 weeks. In women with different backgrounds, such signs appear later, 1-2 weeks before the upcoming delivery.

Training fights in late pregnancy are not always noticeable. Many women just smack the lower abdomen and lower back. Occurs periodic hypertonicity of the uterus, there is a feeling of distention in the perineum. These signs also suggest that the woman’s body is reinforced preparing for childbirth. Uterine training contractions at week 37 can turn into true contractions and lead to the birth of a child.

Discharges in late pregnancy are aggravated by the outgoing mucus plug. In some women, the cork is released in parts within 1-2 weeks, in others, a large piece at once. There should be no itching or burning, as well as bleeding. Perhaps the appearance of light pulling pain in the lower abdomen.

Fetal movements are not felt as intensely as before. Baby is closely in the womb, and he tries once again not to move. In this case, the child should not subside for more than 6 hours in a row. If the baby does not make itself felt for a long time, it is necessary to consult a doctor.

Fetal ikanie is another interesting phenomenon during pregnancy. Rhythmic uniform pushes from within frighten many women. Hiccups starts suddenly, lasts up to 30-40 minutes and spontaneously disappears. Experts still do not come to a common opinion about hiccups of the child. According to one of the versions, hiccups speaks of the development of hypoxia and fetal fetal distress. It is also possible that hiccups are associated with excessive ingestion of amniotic fluid during active movements of the child.