What happens at 5 weeks of pregnancy

5 week of pregnancy is an extremely important period of intrauterine development. At this time, all the main organs of the embryo are laid, including the structures of the brain and spinal cord. From the course of 5 weeks depends largely on how pregnancy will develop throughout the entire first trimester. 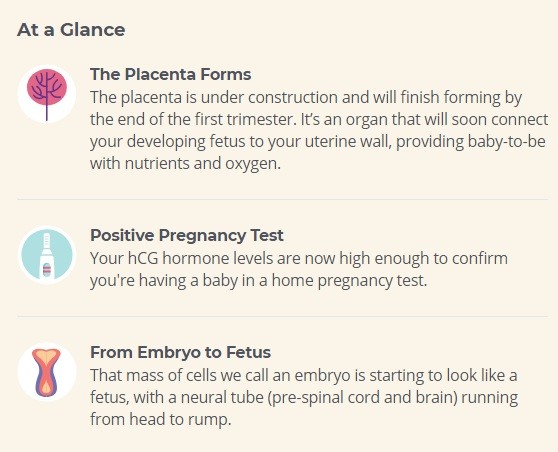 Baby at 5 weeks of pregnancy

A small creature that originated in the body of a woman is called the embryo from conception to 12 weeks of gestation. With the onset of 13 weeks in obstetrics, the embryo is considered a fetus. This approach once again emphasizes the importance of the first trimester for the development of the fetus in the womb.

At 5 weeks of pregnancy, the formation of chorion – the inner lining of the placenta begins. During this period, there is a gradual improvement of the primary vessels, through which the baby receives the necessary nutrients and oxygen. Any negative impact on this period may disrupt the normal formation of the chorion and lead to an abortion in the near future.

At week 5, the chord, the central neural tube, develops and separates. In the future, the brain, spinal cord, and other parts of the nervous system will be formed from this structure. At the same time, the rudiments of the eyes and nose appear at the head end of the embryo, as well as the inner ear is formed.

5 week of pregnancy is the period of organogenesis. Right now, the heart is laying and preparing for its division into 4 cameras. The lungs and esophagus are formed, and the liver, kidneys, and intestinal tube are formed. At the same time, there is a gradual differentiation of all the tissues of the embryo, depending on their purpose. 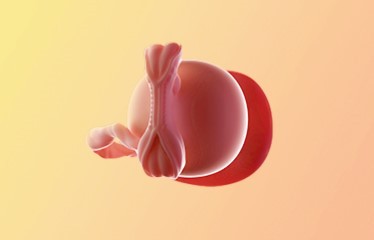 What to expect at 5 weeks of pregnancy

5 obstetric week of pregnancy is marked by a clear manifestation of all the main signs of pregnancy. The delay in menstruation becomes apparent, and most women already suspect the birth of a new life. The mammary glands increase and become painful, taste preferences change, there is an aversion to the usual aromas. All these symptoms unambiguously indicate global changes in the body and enable a woman to gradually get used to the new conditions of existence.

At the 5th week of pregnancy, many expectant mothers are faced with a condition such as toxicosis. The manifestations of toxicosis at this time can be very different. Some women report only mild malaise and nausea in the morning, while others suffer from repeated vomiting during the day. Appetite disappears, there is disgust for favorite dishes or there is a desire to try something exotic. Some women complain of excessive salivation, which is also one of the typical manifestations of toxemia.

Fatigue is another satellite of 5 weeks gestation. Many women in this period have noted a decline in strength, weakness and apathy. Constant drowsiness and lethargy is normal at this time. All because of the influence of progesterone – a hormone responsible for the normal development of pregnancy. This condition will continue for at least 12 weeks gestation.

Week 5 is a critical period in the development of the embryo. At this time, the future mother should not be disturbed by any discomfort, except for constant weakness and toxemia. The appearance of pain in the abdomen at this time may indicate a threatened abortion. If the pain does not stop after a short rest, increases or gives to the sacrum and tailbone, you should immediately see a doctor.

At week 5, there is an increase in natural vaginal discharge. The discharge becomes thick, abundant, mucous, but at the same time remains transparent or milky-white. If the discharge changes color to yellow or green, accompanied by itching and burning in the vagina, it is worth being examined for possible infections of the genital tract. The bleeding at this time speaks of a miscarriage that has begun and requires the immediate assistance of a specialist