What happens at 7 weeks of pregnancy

7 week of pregnancy is extremely important for the formation of the embryonic nervous system. In the same period, the differentiation of all structures of the face and the formation of the senses. A woman’s body adapts to the unusual conditions of existence, and all its resources are mobilized for one purpose – to bear and give birth to a child in due time by nature. 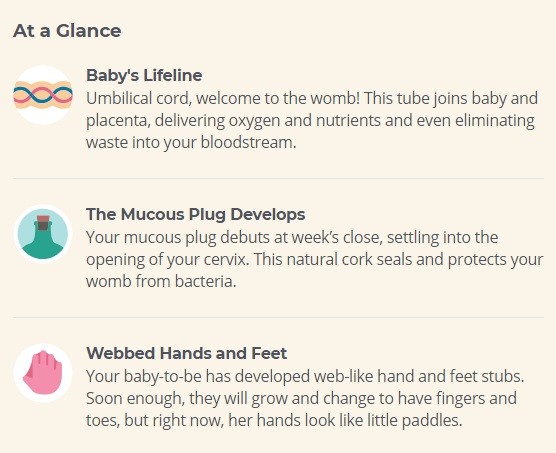 Baby at 7 weeks of pregnancy

At the 7th obstetric week of pregnancy, the body size of the embryo is less than 1 cm. Great changes are taking place in this tiny little body. Active growth of the brain leads to a rapid increase in the size of the head and its isolation on a relatively small body. In the same period, in the upper part of the brain tube, there are 5 brain bubbles, from which all the main sections of the brain will be formed.

For a period of 7 weeks, the differentiation of the main structures of the face continues. An outer ear arises at a proper place, a nose, jaws and lips are formed. Eyes appear, thin cilia are formed, a retina is formed. There is a laying of the optic nerve and the formation of connections between the organ of sight and the brain.

In the middle of the first trimester, the active development of the digestive tract occurs. At week 7, the throat and the stomach separate, the pancreas and the liver increase in size. The respiratory system of the baby is still in its infancy.

7 week of gestation is an important stage in the development of the urogenital area. The kidneys are already formed, and on the sides of them are formed the rollers. Initially, the development of the embryo does not have sexual differences. In the presence of the Y chromosome, differentiation of the male embryo begins. X-chromosome does not affect this process.

An important event of the 7th week is the formation of the hands and feet. At the same time, the development of the upper limbs is advancing, which is why the baby’s arms seem disproportionately large. At the end of 7 weeks, the embryo tries to make its first chaotic movements. 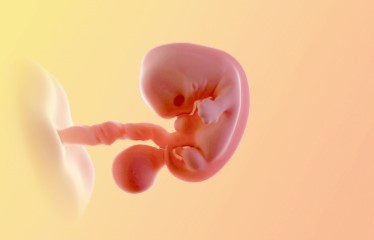 What to expect at 7 weeks of pregnancy

In the middle of the first trimester, the signs of pregnancy become quite obvious. Soreness and swelling of the mammary glands remain, a feeling of tingling and numbness of the skin of the breast appears. Many expectant mothers already have to change their usual underwear for a special antenatal bra at this time.

Signs of toxicosis at week 7 are increasing with every day. Nausea increases in the morning, there are painful sensations in the projection of the stomach. Vomiting appears, there is aversion to certain types of food. On the background of toxicosis, appetite is noticeably reduced. Some women have profuse salivation.

The emotional state of a pregnant woman remains unstable. Sudden mood swings, bouts of depression or unmotivated irritability are all typical of the 7th week of pregnancy. Many women have a desire to hide from the outside world and stop any communication with people. No need to resist. Whenever possible, you should rest, stay alone with yourself and disengage from all problems. Leisure time is better to spend in a quiet circle of your closest friends and relatives.

At week 7, abundant light vaginal discharge is preserved. At this time, you must carefully listen to yourself in time to recognize any negative changes. A natural decrease in immunity during pregnancy can cause inflammation in the vagina and cervix. If the discharge changes color to yellow or green, accompanied by itching and burning, it is necessary to see a doctor.