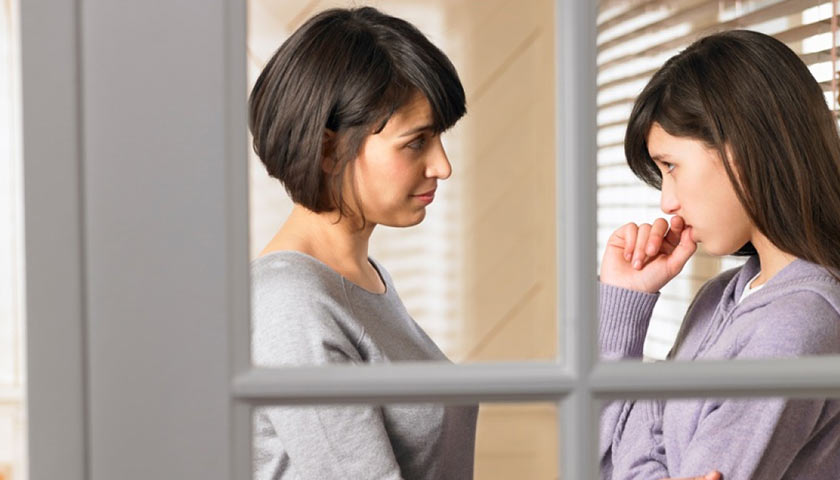 Teenage pregnancy: what are the risks and consequences?

Today, despite the enormous amount of information and the availability of contraception, the problem of pregnancy of minors is very important. This topic is quite complicated, but in order not to fall into a similar situation. It is important to know about the causes, risks and consequences of pregnancy for girls 13-17 years old.

Reasons for the early pregnancy of teenage girls

There are several factors leading to teenage pregnancy:

It would seem that modern youth is sufficiently aware of the close relations of both sexes, of protected sex. In fact, this is not so. Most teenage girls have a vague idea of conception. False information that, they say, pregnancy cannot occur after the first sexual intercourse, often leads to disastrous consequences. Because of their age, teens are simply not able to understand the important aspects related to sex. Therefore, the responsible mission for the sexual education of the daughter lies primarily with the parents. It is necessary to inform the child in advance when the young body is just preparing for adulthood;

Current teenagers are used to talking a lot with their peers. The circle of friends of a teenage company is usually formed by interests. Some hobbies lead to negative results. For example, there are companies where an active sexual life is welcome. It will be difficult for a beginner who does not share their priorities to get along in such a fraternity. He is simply «pecked.» Therefore, in order to avoid ridicule from peers, often teenagers fall under the influence of bad company;

Alcohol and narcotic drugs, as you know, reduce self-control over the actions taken. Therefore, about 90% of early pregnancies occur precisely in an inadequate state;

Not always sex occurs by mutual agreement. Often, a second, older and more experienced partner insists on intimacy. An always obedient and trusting girl is simply afraid to say no. That is, this connection can be considered forced, which means that it is nothing more than rape. A teenager may not fully understand the horror and tragedy of what happened. Therefore, it is important to be able to build the most trusting relationships with your children in order to know about all their secrets, even such intimate ones;

5. Improper use of contraceptives.

Any method of contraception should be applied correctly. For example, when using a condom, you need to pay attention to its expiration date, as well as quality. Birth control pills should be prescribed by your doctor. Well, or, in extreme cases, you should carefully study the instructions for this drug.

As you can see, the causes leading to early pregnancy are quite serious. One thing is clear — without the help and participation in the life of the child’s parents, a teenager is inclined to do a lot of stupid things, which he will later regret.

The true purpose of the girl is, of course, to become a mother. But, all is well in due time. Pregnancy is a serious additional burden. Due to the fact that the young girl is not yet fully developed physically, during pregnancy her body will work for wear and tear.

The main destructive effects of early pregnancy for adolescent health:

• Unreadiness of the body for the full bearing of the child. Actively growing and still not ready to bear a child’s body, girls need a lot of calcium. Being pregnant, a teenage mother is forced to «share» this trace element with a developing child inside. Hence — a lack of calcium, and as a result, a violation in the structure of the bones of a young mother;

• Negative effects on internal organs. The fruit inside the little dweller grows. The uterus, respectively, also increases in size and presses on all internal organs. The heart takes on the main burden. If there have been heart problems before, then pregnancy is not the best way to affect the health of the mother in the future;

• Complications, even death. Early pregnancy is accompanied by serious complications. These include: the threat of miscarriage, anemia, lack of nutrients, the probability of rupture of the uterus, toxicosis, placental insufficiency, and, worst of all, frequent death during childbirth;

• Infertility. Abortion — this is the decision made in most cases in early pregnancy. It is difficult to say which is worse: to terminate a pregnancy or to save? Having made the first abortion, you can forever remain barren and get a bunch of «female» sores. Deciding to give birth to a baby, you can cause irreparable harm to the body of a young mother. The choice is difficult, but you still have to make a difficult decision;

As a rule, complications caused by early pregnancy may not appear immediately, but only after some time.

The consequences of teenage pregnancy

The consequences of early pregnancy are as follows:

• Changes in lifestyle. People around you will look at the pregnant teenage girl with disapproval. These are unnecessary and unnecessary experiences for the expectant mother. The school will temporarily have to drop out. Communication with peers will not be the same as before. You have to be prepared for this. It is important that during this period the girl should feel support from the people close to her. Much depends on parents, including the issue of further education;

• Psychological trauma. Having become pregnant, the child will become an occasion for ridicule and will serve as an “anti example” for classmates. The participation of parents is simply necessary, otherwise a young mother may be traumatized;

• Betrayal guy. Not all young guys, having learned about the pregnancy of their girlfriend, behave decently. Often, they pretend that this does not concern them at all. The girl remains with a problem called «pregnancy» one on one. The unstable psyche of a teenager is very unpredictable, especially in such a situation;

• The problem of financial security. Often, a young mother raises and brings up a child alone, without the financial assistance of the father of the child. In such a situation, one can only rely on the help of the state and relatives;

• Lack of responsibility. Due to the lack of life experience of young mothers and not a stronger psyche, their children do not receive proper care, attention, affection. Often a teenager believes that the reason life failed is because of the baby. All the anger and resentment spreads on the baby;

The threat of early pregnancy for the fetus

An unborn child, as well as his young mother, is at great risk.

The main risks to which the fetus is exposed:

• The occurrence of pathologies;

These are just the most common early pregnancy concerns regarding the baby.

Of course, not all teenage pregnancies occur with complications. Everything can end quite safely. The main thing is to approach this issue responsibly. The support of relatives and the proper management of the pregnancy by the doctor will result in the desired result.