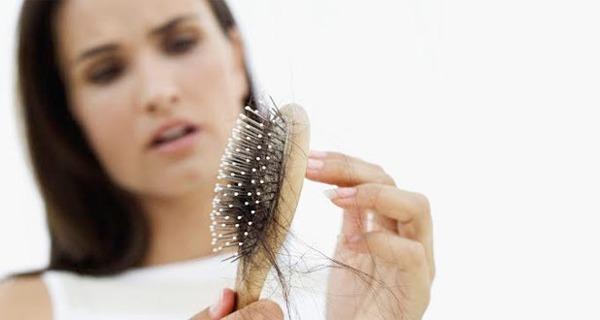 Every day, we lose an average of 50 to 100 hairs, and this is an absolutely normal process. Hair loss can be exacerbated due to certain diseases or side effects of certain medications. In addition, hair loss becomes more active in women during the period from one to five months after childbirth. This process is also considered the norm. The main cause of hair loss after childbirth, doctors call hormonal changes in the body during and after pregnancy.

Every day, approximately 90 percent of our hair goes through a phase of active growth, with about 10 percent of the hair resting, that is, at rest. Immediately after a period of rest, hair begins to fall out. All this makes up the normal process of hair growth and hair loss. During pregnancy, female hormones slow down this process. That is why many expectant mothers grow such thick hair during pregnancy. After birth, hormone levels are still unstable. The level of hormones begins to fall from about the third month after childbirth. It was during this period that the woman who gave birth begins to lose hair, which during pregnancy was at rest, but did not fall out. In other words, the reason for hair loss after childbirth is that they lingered on the head a little longer than they should.

In connection with hair loss after childbirth, most young mothers begin to worry, thinking that this process will continue uncontrollably and bald spots form on the head. However, if there are no other health-related reasons for hair loss after childbirth, then everything will be fine with the hair. Such a reason could be, for example, a deficiency of any nutrients. But in the general case, it is precisely those hairs that already were at rest and would have fallen out if pregnancy had not prevented this. Their place will be taken by others, actively entering the stage of growth, hair.

Of course, the appearance of the hair remaining in the bathtub after a morning shower is somewhat demoralizing. But instead of tormenting yourself with the emotions that a young mother already has in excess, it is important to understand that excessive hair loss after childbirth is a normal condition that affects 40 to 50 percent of women. In this case, the hair does not cause at least any serious long-term damage.

Of course, there are other reasons why a woman can lose her hair. For example, diseases such as diabetes mellitus, or hormone problems that are not related to pregnancy, such as thyroid disorders and poor nutrition, can all cause hair loss. If a woman still loses an excessive amount of hair in the fifth month after giving birth, and also experiences other symptoms, such as fatigue, that is, there is every reason to believe that there is a health problem and you should seek help from your doctor.

How to help with postpartum hair loss

By and large, to counter hair loss after childbirth with something that would solve the problem radically is impossible. However, you can minimize hair loss if you treat them with increased thrift. The simplest treatment for hair loss after childbirth is enhanced care for them. For example, you do not need to comb them while they are wet (because at this moment they are the most fragile). It is better not to use very thin combs, they pull too much on the hair. It is also advisable to refrain from styling the hair in a ponytail or any other of the ways in which the hair is greatly stretched. As for the various dryers or curling irons, it is also better to refuse them.

One of the few ways to treat hair loss after giving birth is to use vitamins. Let’s start with the vitamins of group B. The inclusion in the diet of a woman who has just given birth to foods rich in vitamins of group B can help her cope with postpartum hair loss. One of the reasons for the effectiveness of these vitamins is related to the fact that they are directly involved in the delivery of nutrients and oxygen to the scalp, which are necessary for hair growth. For example, vitamins B6 and B12 are very important for the production of red blood cells, which carry nutrients and oxygen throughout the body. And in addition to diets consisting of foods rich in B vitamins, doctors also recommend using shampoos containing biotin, which is also part of this vitamin complex.

Another vitamin that experts recommend for treating hair loss after childbirth is Vitamin C. Its antioxidant effect can protect hair follicles and stimulate hair growth. In addition, vitamin C is necessary for the production of collagen, which is an important part of the structure of blood vessels that serve as a transport system through which the nutrients and oxygen contained in red blood cells enter the scalp.

Finally, another vitamin that plays an important role in the treatment of hair loss after childbirth is vitamin E. It is known primarily for its antioxidant properties, but this is not its only advantage. In addition to protecting the body from the damaging effects of free radicals, vitamin E also protects the cell membranes throughout the body and promotes the health of blood vessels. All this helps to ensure uninterrupted delivery of nutrients and oxygen to the scalp and hair.