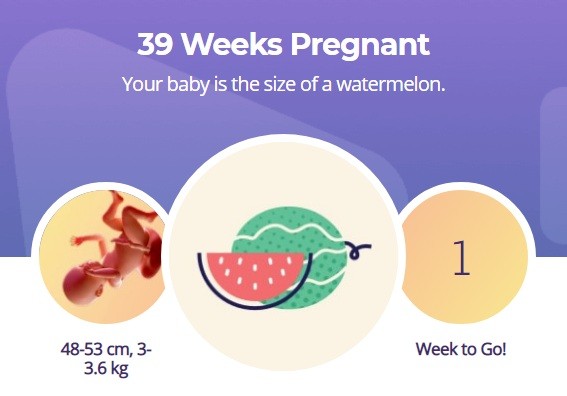 At the 39th week of pregnancy, the baby is fully ready to be born. At any time, the little man can declare his desire to leave the mother’s womb. What should a woman expect at this time? 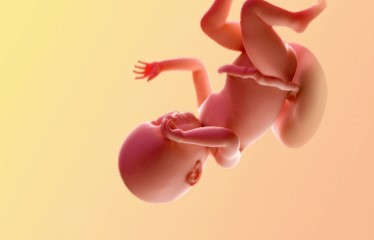 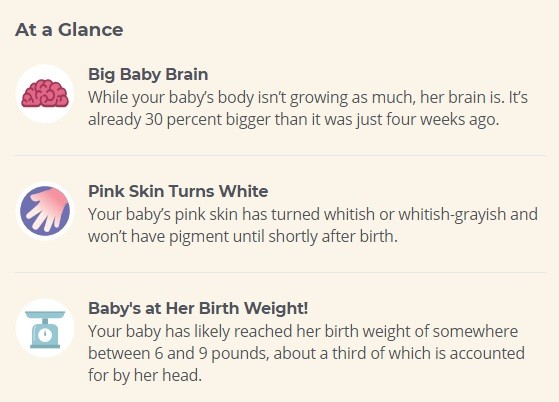 At the 39th obstetric week, the growth of the baby is 50-55 cm, the weight reaches the level of 3200-3600 g. The size of the fetus at this period is very variable and depends on heredity and the course of pregnancy. Weight less than 2500 g is found in placental insufficiency and may indicate a delay in physical development of the fetus. Body weight of more than 4000 g is observed in some endocrine diseases.

The fetal cardiovascular, respiratory, digestive, and excretory systems are fully formed and ready to function at full capacity. The endocrine glands produce hormones that are necessary for the well-being. In the adrenal glands of the fetus continues the active synthesis of cortisol. When cortisol reaches its peak, labor will start and the baby will be born.

Presenting part of the fetus (head or pelvis) is lowered into the pelvic cavity. Her position does not change until the birth. The bones of the fetus remain quite flexible and pliable. The stitches and fontanels are formed by a durable but resilient cartilage tissue. With the passage of the birth canal, the head changes its configuration, which allows the baby to do without serious injuries. In pelvic previa the probability of birth injury remains quite high.

Placenta at 39 weeks pregnant becomes thinner. Calcinations are formed in it, the blood supply to the body deteriorates. Every day, the baby receives less and less nutrients and oxygen. A child who is delayed in the womb more than the prescribed period, is experiencing significant oxygen starvation.

At the very end of pregnancy, all thoughts of a woman are occupied with the upcoming birth. Expectant mothers increasingly want to be alone with themselves and immerse themselves in their experiences. Fatigue is accumulated due to the long wait for the cherished “X” hour. Late insomnia does not add to well-being andcan cause a nervous breakdown.

Precursors of fast deliveries appear in most primipara women at 36-38 weeks. At week 39, recurrent females also notice distinct signs of a quick birth. Symptoms include the following signs:

The last symptom can only be determined by the doctor during a gynecological examination. The remaining signs are well recognized by the woman herself. At the same time, future mothers notice an increase in urination and pain in the perineum. Such symptoms occur after abdominal prolapse and suggest that the baby has advanced into the pelvic cavity.

In the same period, the pressure on the digestive tract organs and the diaphragm decreases. Heartburn decreases, severity in the epigastrium disappears, breathing becomes easier. The condition of the future mother is somewhat improved in the last weeks before the birth of the child. Many women note increased appetite in late pregnancy.

Pulling pain in the lower abdomen, lower back and perineum is normal at week 39. Periodic increase in the tone of the uterus also should not be scary. The body is preparing for the upcoming childbirth, and these symptoms are nothing but harbingers of quick fights. At any time, a slight smack in the lower back can turn into a full labor activity and end in the birth of a child.

Secretions in the last weeks of pregnancy remain abundant, transparent or milky, with a slightly yellowish tinge. So the mucus cap comes off — a structure that covers the cervix. The appearance of white, cheesy or green discharge should alert the woman. Such symptoms indicate the development of an infection of the genital tract. Any infection must necessarily be treated before the upcoming birth.

The appearance of bloody or even slightly brown vaginal discharge is an alarming symptom. This phenomenon is allowed at the time of labor, with a significant disclosure of the cervix. Outside of labor, blood on linen may be a sign of placental abruption. In this situation, it is necessary to urgently call an ambulance and prepare for hospitalization in the maternity hospital.

The movements of the fetus at week 39 become much weaker. The baby comfortably settles in the pelvic cavity and calms down before an upcoming event. From time to time the child makes itself felt strong, but not sweeping movements. The position of the fetus in the uterus remains unchanged until the birth.

Intimacy is the easiest and relatively safe way to speed up the birth of a baby. Male sperm entering the vagina, helps soften and gradually open the cervix. A ripe cervix is ​​a necessary condition for the onset of normal labor.

Exercise is another method of stimulating childbirth. Washing floors, cleaning the room, walking up the stairs, walking, doing yoga — all this provokes an increase in the tone of the uterus and accelerates the appearance of contractions. You should not overwork, everything should be done as much as you can. Excessive physical exertion can cause premature rupture of water and placental abruption.

To speed up the birth of the child will massage the nipples. Light strokes and tingling stimulate the production of oxytocin and trigger generic activity. Massage should be careful not to damage the delicate skin of the breast and not to infect the infection.