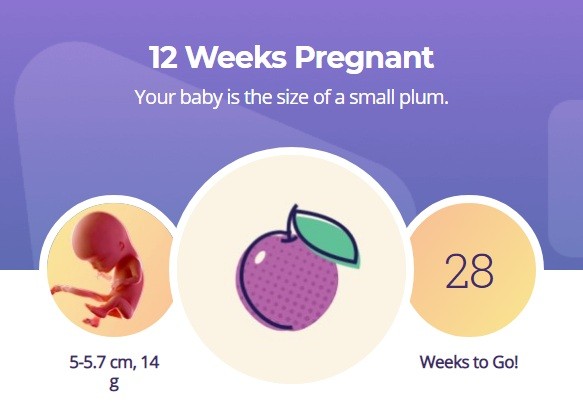 12 week of pregnancy completes the first trimester. All important organs of the fetus are already formed, and now there is an active development of the brain and the entire nervous system. The most difficult stage was left behind, and in the future the future mother will have many new discoveries and impressions. A woman’s body is gradually changing, and soon it will be quite difficult to hide changes in her life. What to expect from the last week of the first trimester of pregnancy? 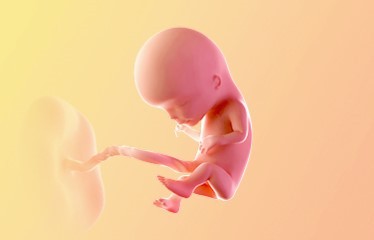 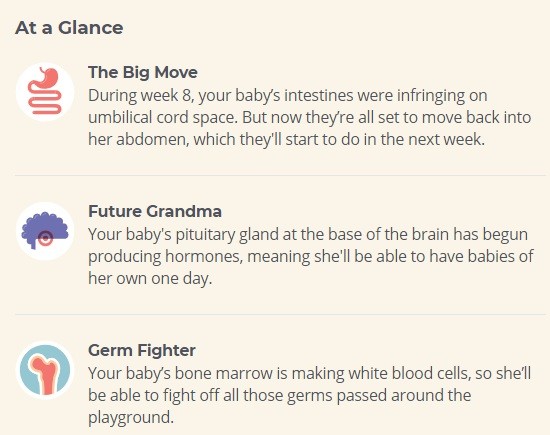 12 obstetric weeks is a time of increased fetal growth. The weight of the baby reaches 20 g, and the length of its body is about 6 cm. The proportions of the body of the fetus gradually change, and now the baby is becoming more and more like a little man. By the features of his face he already unequivocally reminds one of his parents or both at once.

At week 12, all major internal organs of the fetus are formed. The heart of the baby knocks with a frequency of 140-180 beats per minute, tirelessly pumping blood through the vessels. Formed the main sections of the digestive tract, kidney and bladder. Included in the work of the liver and gallbladder. A diaphragm is formed – the muscular partition between the abdominal and thoracic cavities.

The pituitary gland begins to work – an important endocrine gland. At the same time, the development of the thymus, and the immune defense goes to a new level. In the tissues of the thymus, the first lymphocytes are synthesized – special blood cells that are responsible for protecting the body of the fetus from dangerous infections.

In the same period, the external and internal organs of the fetus are formed. Modern ultrasound devices already at this time can accurately determine the sex of the child.

At the end of the first trimester, the baby is actively moving in the amniotic fluid. Every day his movements become more coordinated due to the development of connections between the muscles and the brain. The tiny man already knows how to bend and unbend limbs, move his small fingers and turn his whole body. At the same time, there is an active development of facial expressions, and the first grimaces appear.

At 12 obstetric weeks, the future mom’s condition improves somewhat. Many women at this time notice that toxicosis is losing ground. The habitual nausea and vomiting disappears, drooling decreases, appetite returns. Constant fatigue disappears and forces appear for an interesting and rich life.

By week 12, the total weight gain ranges from 1.5 to 2.5 kg. The outlines of the figure gradually change. Hips extend, the waistline smoothes out, the breast increases. The tummy at this time is still flat, and even the most attentive observer is unable to notice signs of pregnancy.

By the end of the first trimester, the uterus extends beyond the edge of the pubic arch. Now the growing uterus is constantly pressing on the bladder and rectum. Frequent urination in small portions is a typical sign of pregnancy at this time. Constipation, discomfort around the navel and flatulence are also possible.

Discharge in the 12th week of pregnancy remains transparent, thick, and abundant. Their intensity may decrease slightly compared with previous weeks. Discharge should not be accompanied by itching, burning or other unpleasant sensations. If any discomfort occurs, you should consult a doctor.