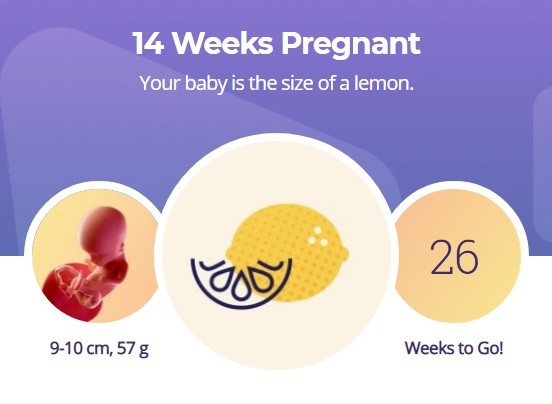 The 14th week of pregnancy is the time when the future mom’s condition improves markedly. Toxicosis is losing ground, and the constant fatigue is replaced by a surge of strength and good mood. What other changes should be expected at the very beginning of the second trimester of pregnancy? 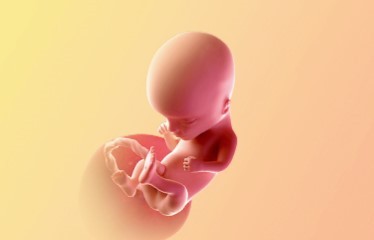 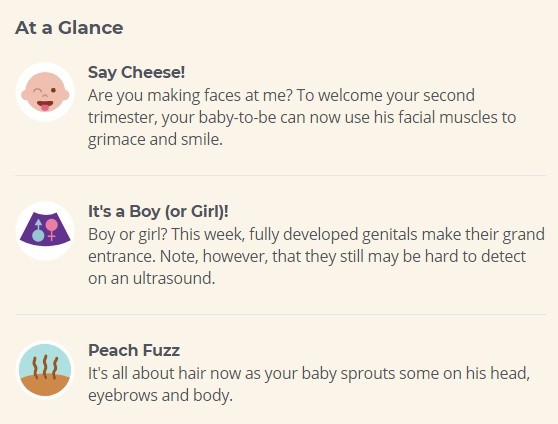 At the 14th obstetric week, the baby weighs 20-25 g. Its body length is about 8-10 cm. Growth rates are very high now, and all the resources of the mother’s body are spent on maintaining the normal development of the fetus. By the features of the face, the child already clearly resembles one of the parents or the next of kin through a generation.

For a period of 14 weeks, the baby is actively exploring the surrounding space. As long as the baby is not sleeping, he moves in the amniotic fluid, occasionally touching the uterine wall. To feel the movement of the fetus on this period can only thin mutually women. Ladies of a dense constitution and primipara women will feel movements several weeks later.

At 14 weeks, the fetus can bend arms and legs at the joints, wiggle with fingers and grasp the umbilical cord. On the palms of the fetus appears individual pattern. In the same period, mimic muscles actively develop, and the first grimaces appear on the face of the baby.

At the beginning of the second trimester, an increased development of the nervous system and sense organs occurs. The baby has already formed eyes, nasal passages and auricles. The eyelids of the fetus at this time are still tightly covered, and visual images are not yet available to him. But the kid already clearly distinguishes sounds coming from the outside world. Among all the familiar sounds, the child distinguishes the voices of the parents. Perinatal psychologists advise as often as possible to talk out loud with your baby and share all the joyful events taking place during this period.

The beginning of the second trimester of pregnancy is marked by a gradual restructuring of the nervous system of the woman. Habitual weakness is replaced by a thirst for activity, there is a surge of strength and an amazing vigor. Many women are only now beginning to enjoy their changed position, getting rid of their former sleepiness and apathy.

In the 14th week of pregnancy, toxicosis gradually recedes. Increased appetite, nausea and aversion to certain types of food disappear. Some future mothers only in this period begin to gain weight, getting rid of the painful attacks of vomiting in the morning. The total weight gain on this period can be up to 3 kg.

The tummy at the 14th obstetric week is not at all noticeable. The uterus already goes beyond the pubic bone, but it is rather difficult for an outsider to detect these changes. The outlines of the figure change very slightly, but the usual clothes may already be tight in the waist and hips. At this time, it’s time to think about changing your wardrobe and get free cut clothes.

At the beginning of the second trimester, expectant mothers should pay special attention to their skin. Right now the risk of stretch marks – red-brown stripes on the skin of the abdomen, thighs and buttocks – significantly increases. Daily hydration of the skin and the use of special creams will avoid the appearance of stretch marks, or at least reduce their severity during pregnancy.

Libido gain is another feature of the second trimester of pregnancy. For a period of 14 weeks it is possible to increase sexual desire. Sex life during pregnancy is not prohibited under the condition of well-being of the future mother. With some complications (placenta previa, threatened miscarriage, etc.) intimacy is prohibited. You can clarify this issue with your doctor at the next appointment.